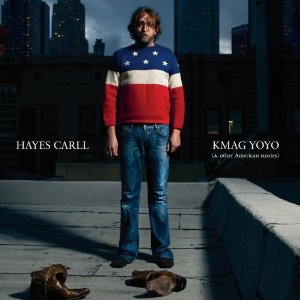 On my Top Ten/Twenty Albums of 2011 post, for whatever reason I didn't include KMAG YOYO (& Other American Stories) by Hayes Carll, which is a darn fine album. That's an oversight on my part and strange since Carll has been featured before on a Music Friday post.

Apologies to Mr. Carll. I should have included your album in the previous post.

So today I offer two songs from KMAG YOYO. "Stomp and Holler" is the first song on the album, and "Grateful for Christmas" is the next to last tune.

Posted by Quintilian B. Nasty at 8:19 AM