This is a really basic recipe that I made the other day. For Taco Tuesday, the Nasty family scarfed down on some chicken tacos.

When the chicken is ready, transport it to a cutting board with however much of the chili, onion, and peppers you want. Shred the chicken and then sprinkle the seasoning on it and  mix.

When I do it again, I plan to use more chicken stock because the chicken got a little too dry for my taste.
Posted by Quintilian B. Nasty at 4:23 PM No comments:

Since I know some readers of this blog are my comrades who will draft players in our fantasy baseball league this Saturday, I thought I'd post about players that GMs might want to target for the upcoming season.

Maybe players on it are.

Maybe players on it aren't.

Regardless, here are players to target or low risk/high reward players for 2014.

First Base: Chris Carter, Milwaukee Brewers
This dude is often overlooked because he hits for such a low average. But I play in an OBP league, so Carter is a good guy to nab in the later rounds to fill in at the Util spot. He moves from a home hitter's park (Houston) to another home hitter's park (Milwaukee), so I expect him to sustain his high home run and decent rbi totals. The last few years he hit 24 ('15), 37 ('14), and 27 ('13) home runs. Anywhere in the 25-35 home run range should be expected. 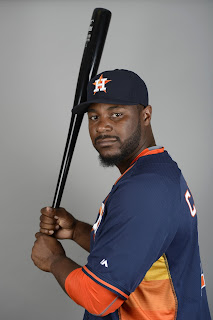 Second Base: Logan Forsythe, Tampa Bay Rays
This guy put up a solid season even though most non-rotowhores don't know who he is. He'll put up mid-teen numbers in steals and homers along with decent runs and rbi totals. Also, he's projected for a .345 OBP. If you don't draft one of the elite second basemen, Forsythe is a good option for later in the draft. 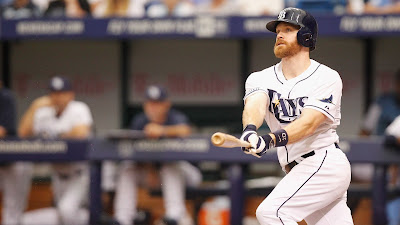 Shortstop: Jung-Ho Kang, Pittsburgh Pirates
I'm planning on drafting all kinds of players from the Far East this year, and Kang is on my fantasy radar. He's an excellent hitter with decent pop. Like Forsythe, he's projected for a .340ish OBP. He also qualifies at third base. 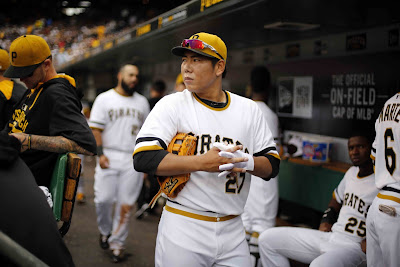 Third Base: Maikel Franco, Philadelphia Phillies
In 80 games last season, he hit 14 home runs and had 50 rbi with an OBP of .343. Based on that track record, if he plays 150 games, he'll hit 26 home runs. One would expect him to hit for a lower average now that pitchers know his weaknesses, but I have on rose-colored glasses when viewing this guy. He has tremendous power. 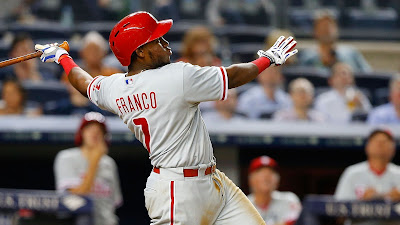 Outfield: Nori Aoki, Seattle Mariners
I've been high on this guy since he's been in the league. He's a late-round pick who can fill in at outfield when other guys are not playing. He'll get on base, steal an occasional bag, and score a good amount of runs. 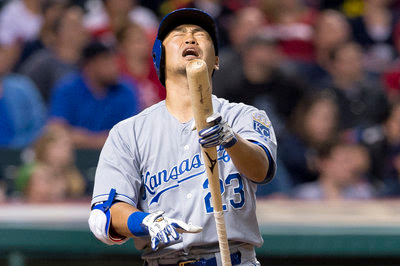 Starting Pitcher: Jon Gray, Colorado Rockies
Yes, I'm featuring a Colorado pitcher. And no, I'm not drunk. He's expected to an "ace" by scouts across the league. He had a less than stellar season last year, but he is supposed to make a major step forward this season. The projections I'm using say he's going to have 4.02 ERA and a 1.33 WHIP, which isn't bad for a late-round pick. Heck, he might be the kind of player you could stream or just start on the road and only at home versus weak offenses. 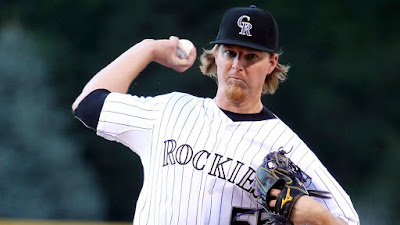 Relief Pitcher: Brad Ziegler, Arizona Diamondbacks
The pride of the Missouri State Bears had a great season last year. With an improved rotation and a burgeoning offense, the Snakes should be a stronger ball club. My only concerns would be that he's only been a closer for one season, and his 2014 season was atrocious ~ 8 blown saves. 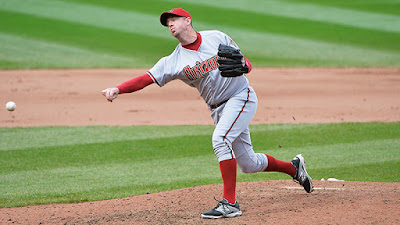 Posted by Quintilian B. Nasty at 9:17 PM No comments:

I was writing some letters of recommendation this morning, so I was listening to Explosions in the Sky.

This song is a good one, the first track on The Earth Is Not a Cold Dead Place.

Posted by Quintilian B. Nasty at 10:49 AM No comments:

If you're not watching Full Frontal with Samantha Bee, you're missing something. It's too bad the show is only on once a week.

Here's a greatest hits from the first six weeks of the show posted on sheknows.com: "8 Times Samantha Bee Has Positively Owned Late Night."

The other day my daughter and I were watching the program, and she said, "I want to be like her," meaning she wants to be someone who does investigative reporting and calls out people on their bullshit.

This is the same young lady who volunteered to enter a speech contest and won second without any help from her parents. If she does it again next year, I'm going to make sure I consult on the speech. Next time we'll be gunning for first.


"Why Donald Trump Is Wrong about Manufacturing Jobs and China" from The New Yorker is an interesting read. I wrote about reshoring in 2012 and 2013. I'd still like to see more jobs come back to the U.S.A. One move both Trump and Sanders have made is tapping into resentment about "free trade." In fact, Trump talks like a protectionist, which among other Trump-based matters, is roiling the GOP establishment.

Unfortunately, Sports Illustrated has predicted that the Cubs will be in the World Series this season. That's bad news because SI is notorious for being horrible at predictions.
Posted by Quintilian B. Nasty at 1:42 PM No comments:

I'm halfway through Bob Mehr's Trouble Boys: The True Story of The Replacements, which I'll probably prattle on about in a "Stay Postive" post in the future.

The only other music artist biography I've read is one about Woody Guthrie, so it's not often I read major long form work about musicians. But The Replacements are one of my favorite bands of all time, a fact you'd know if you've been reading this blog for some time.

Anyway, here's a couple of tunes from Pleased to Meet Me. The first is mostly about Westerberg trying to apologize to Bob Stinson, one of the founding members of the band who was kicked out the band prior to recording that album. The second song is about sleazy music venue owners.

I'm late since I'm posting this on Saturday.

But yesterday I heard this tune on the radio. I had forgotten how much I liked it. Hadn't heard it in years.

Posted by Quintilian B. Nasty at 2:04 PM No comments:

Here are some interesting stats from the March Harper's Index:

The Fix of the Washington Post has a good interview with the esteemed historian Eric Foner who answers questions about this coming presidential election. It's interesting and related to some conservative commentators' calls for establishment Republicans creating a new party. Check out "Is the GOP Really on the Verge of Breaking in Two? Here's What History Says."

For all the bellicose talk by presidential candidates about ISIS, they need to read "Attacking ISIS Won't Make Americans Safer."

Also in the same issue of The Atlantic, there was a very positive piece of what is going on in some parts of America. James Fallows' "How America Is Putting Itself Back Together" might brighten people's spirits.

This satirical video is worth your time.

Posted by Quintilian B. Nasty at 11:33 AM No comments:

I'm not much into music that has an electronica tinge, but after watching the performance of Jack Garratt on Colbert's show, I downloaded his album.

It's not the type of music that is in my regular wheelhouse, but it's good. Interesting stuff.

Below is Garratt's performance on the Late Show with Stephen Colbert.

Posted by Quintilian B. Nasty at 8:08 AM No comments:

The other day I had to watch a tv show in real time like a common animal rather than watching the dvr recording of it. It was horrible. All those commercials.

I am so angry and frustrated with my local state representative and state senator that for the first time in my life I"m going to vote in a GOP primary rather than the Democratic primary, so I can vote against them. It'll be hard to stomach voting for a president on the GOP ballot, but I may have to go with Trump because his candidacy could spell doom for the Republican party in a Whig-like shakeup. It's an extreme outside shot, but it could happen. Or at least a Trump candidacy would flush all kinds of voters to the Democratic side. As much as I agree with Trump that we need to get American industry going again (which is part of Sanders' message too), I also agree with Rubio's notion that Trump is a con-man.

For example, see Jon Oliver's wonderful takedown of Donald Drumpf, "a litigious serial liar with a string of broken business ventures and the support of a former Klan leader." #MakeDonaldDrumpfAgain

Posted by Quintilian B. Nasty at 10:15 PM No comments: