So how about a song of melancholy?

It fits my mood.

Posted by Quintilian B. Nasty at 8:15 AM No comments:

Our mortgage guy sends us recipes from time to time. They come on postcards from his company.

The most recent one is an Asian Kale Salad I just made. I have a ton of kale in my garden, so I figured I'd try it.

Combine the ingredients and toss. Whisk the dressing together and pour over the kale mixture. Let it sit for at least 30 minutes but toss often so it slightly wilts.
Posted by Quintilian B. Nasty at 2:14 PM No comments:

One method the Cubs' owners might get around having trouble with the ridiculous rooftop owners is purchasing the rooftop businesses.

While I'm still skeptical the Cubs will make the playoffs, they sure are more interesting to watch this season. The past few seasons were brutal. They weren't fun to watch.

I'm currently in the midst of reading Bill Pennington's Billy Martin: Baseball's Flawed Genius. When Martin was manager of the Twins, he pulled off a triple steal. I wonder if Joe Maddon has ever thought about doing that. 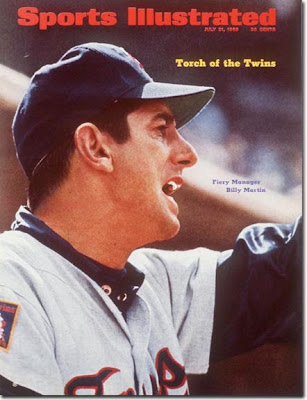 The past few years I've gotten into a routine of reading a trio of biographies during late spring/early summer, and the Billy Martin book is the last of the trio. Madison's Gift and a biography of Thomas Hart Benton preceded the Martin biography.

Here's Benton's controversial Persephone. I viewed this painting when I visited the Nelson-Atkins Museum when I lived in Kansas City. 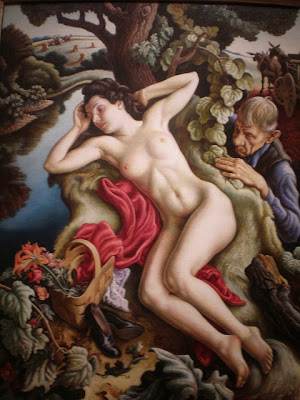 If you're a fan of wolves like me, you'll enjoy this video about the wolves in Yellowstone and how their introduction to the park helped improve forests, increased the songbird population, attracted beavers, helped the rivers, and in general improved biodiversity. 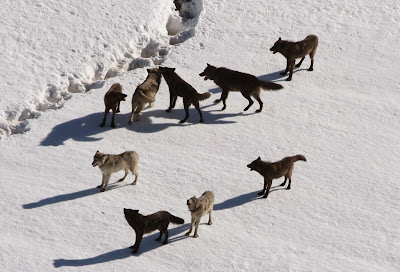 Posted by Quintilian B. Nasty at 1:50 PM No comments:

Music Friday: "Why I Sing the Blues"

In honor of the passing of B.B. King, today I'm featuring my favorite song of his.

Posted by Quintilian B. Nasty at 8:30 AM No comments:

If recent hiring practices in MLB are any indication, in the distant future maybe I can become a major league baseball manager. Good luck Marlins.

This week I planted a number of plants that repel mosquitoes. On the back patio I have a little garden that has rosemary, lemon thyme, mint, and basil. Then in a couple of medium-size pots, I have some lavender. In the big pot right now I only have rosemary, but I'm waiting for when the citronella plants hit the stores. The bonus of the little garden spot is that I can use those herbs in dishes. Might have to try my hand making a mint julep.

Tonight when I was driving IL backroads I got nostalgic about the old foot clicker that cars used to have for turning on and off the brights. I'd pay extra for that feature on a new car.

Minor league baseball put on a "Clash of the Caps." The El Paso Chihuahuas won, but I'm partial to the Montgomery Biscuits, Orem Owlz, Chattanooga Lookouts, Hillsboro Hops, and Lansing Lugnuts.
Posted by Quintilian B. Nasty at 10:10 PM No comments:

On the way up to Waterloo, my hometown, one of the CDs I listened to was Dead Man's Town: A Tribute to Born in the U.S.A.

The band that covers "My Hometown" is none other than the great band North Mississippi All Stars.

But let's leave it to The Boss for this Music Friday.

Posted by Quintilian B. Nasty at 10:19 PM No comments:

Though it's a bit bombastic, the article "Independent Study Finds That Every Republican Prediction About Obamacare Was Wrong" is an interesting read if you like facts trumping fear mongering.

So this bit of satire, "Scientists: Earth Endangered by New Strain of Fact-Resistant Humans," seems appropriate.

The Pew Research Center study says that in the US, the number of Christians has gone down 8% since 2007, and atheists and agnostics have gone from 25% to 31%. Huzzah for freedom from religion.

I would imagine many folks are fans of the eephus pitch. If you are one of those people, check out Alfredo Simon throwing two eephus pitches to Torii Hunter.
Posted by Quintilian B. Nasty at 9:38 AM No comments:

I'm not a Catholic. I'm an agnostic who believes in disorganized spirituality.

But I'm looking forward to the Pope's encyclical letter on the environment due to come out sometime this year. And one of his Cardinals has already taken on, sort of, the climate-change deniers.

I doubt I've ever written this before, but kudos to the Vatican.
Posted by Quintilian B. Nasty at 1:09 PM No comments:

A new album I got this week was JD McPherson's Let the Good Times Roll.

This dude is obviously influenced by 50s-style rock and roll and traditional rhythm and blues.

It's a fun album, and here's the title track.

When Mrs. Nasty and I were in Cancun, we ventured out of the hotel premises and checked out the Mayan ruins of Tulum. When compared to Chichen Itza, one of the largest Mayan sites in the middle of the jungle, Tulum is a much smaller site, but it certainly was interesting. After our tour, we ventured back to the shopping and eating area outside the site, and in that area, there's a Quiznos, a Subway, and a Starbucks. If you know anything about Tulum, it's the ruins of a city during the last gasps of the Mayan civilization after they had used up the environment around them and finally crafted a smaller city by the coast. For all the deep thinkers out there, you can ponder about mass-market chains being close to the last vestiges of a dead civilization and what that all means.

Mrs. Nasty and I were also talking about how we need to go on some family vacations starting next summer. With my daughter's annual dance competition, we go to some manner of resort during the summer, but we want to start seeing some sites. Here are some early ideas for future summer travels:

My poor Cubs have lost two games in a row to the damn Cardinals. I hate the Cardinals.

I've thought of supporting a St. Louis ball club though because I've contemplated purchasing a St. Louis Browns hat. "First in Shoes. First in Booze. And Last in the American League." 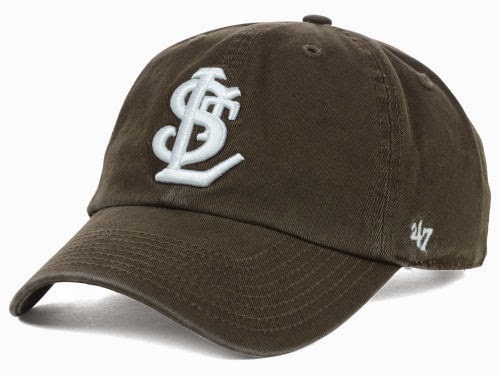 That cap would complement my Baltimore Orioles hat I have because that's what the St. Louis Browns became.
Posted by Quintilian B. Nasty at 3:39 PM 2 comments:

Man, I've eaten a lot of seafood this week.

Because Mrs. Nasty won a sales competition with her company, this week we've been luxuriating in Cancun on her company's dime. Yesterday we got to explore Tulum. We're doing some snorkeling on Saturday, and we'll come back on Sunday night. We've been here since Tuesday afternoon.

It's one of those all-inclusive resorts. You go to dinner, and you don't have to pay anything. The cocktails are free and all that.

Posted by Quintilian B. Nasty at 9:01 AM No comments: